Townships are governed by four elected officials: three Trustees and one Fiscal Officer, who each serve a four-year term in office and is elected by the voters. The elected officials work diligently to serve their constituents, approve the township’s annual budget, and oversee expenditures. 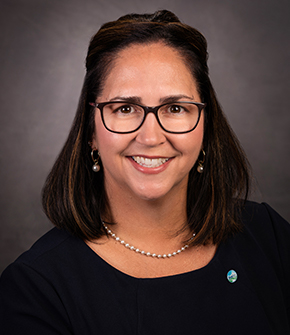 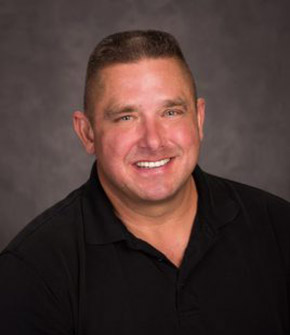 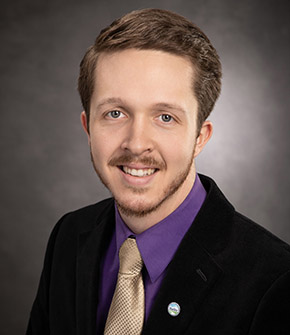 The township is led by a full time Township Administrator who oversees day-to-day operations, along with 3 department heads, who oversee the Police, Fire and Service Departments. Administration works closely with the elected officials to develop and implement policies to improve the health, safety and welfare of township residents and employees. 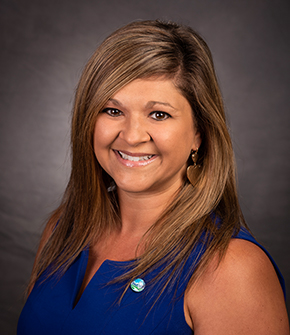 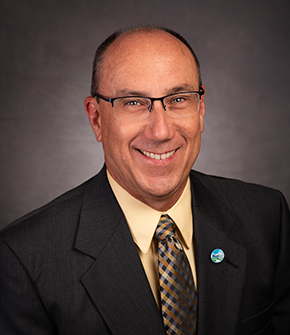 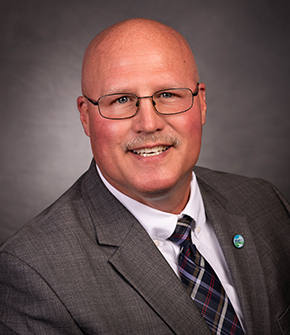 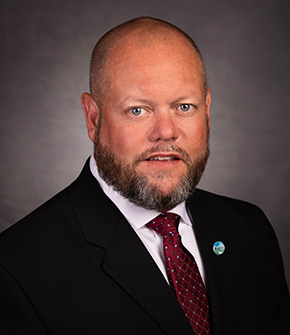 In 2020, Missy began her first term as Butler Township Trustee.  She is a life-long Butler Township community member and graduate of Vandalia-Butler High School.  She has a B.S. in Criminal Justice Administration with distinction.  In March 2017 she was appointed to the Vandalia-Butler Board of Education and served until she was elected as Trustee in November 2019.

Missy currently works for the City of Vandalia and began her career in 1987 at Cassel Hills Golf Course.  She has worked in various departments over the last 33 years and has been a representative on the Vandalia Records Commission since 2002.  Missy believes transparency and ethics are a top priority.

She has over thirty-three years of experience serving the community and is dedicated to improving and protecting the quality of life for the residents.  One of Missy’s continuous goals is to connect with the residents and the business owners, build community trust, and be a voice for the township.

Mike Thein began his first four-year term as Butler Township Trustee in January 2022. His goal is to serve with integrity and honesty and to focus on financial issues, as befitting his background in finance.

Mike is the owner of Thein Financial Group, which focuses on personal and corporate financial planning as well as group benefits consulting. He was named to the “Top 40 under 40” list by the Dayton Business Journal. Mike’s community involvement stretches back more than two decades. He has served on the Township’s Budget Commission and Board of Zoning Appeals and has been a board member with United Rehabilitation Services of Greater Dayton, YMCA, and Downtown Dayton Lion’s Club. He is past president and current board member of the Vandalia-Butler Chamber of Commerce, past chair and current board member of Abbey Credit Union and served on various advisory committees for Vandalia-Butler Schools. Mike is a graduate of Bowling Green State University.

Bryson Jackson began his first four-year term as Butler Township Trustee in January 2022. His goals as a Trustee are to represent the Township with professionalism and compassion, ensure the Township’s needs are addressed at the county and state level and continue making improvements to the Township’s business district.

Bryson is Administrative Pastor with an emphasis on youth ministry and worship at First Grace Church and an on-call teacher with the Vandalia-Butler School District. Bryson is a third-generation community leader. He has also organized and administrated community-wide food drives for the Vandalia Butler Food Pantry and has responded in emergency situations with crisis management teams and cleanup crews for the Township and surrounding communities. Bryson received his undergraduate degrees from Sinclair Community College and Cedarville University and his MDiv through Cedarville University and Grace Seminary.

Gregory A. Brush has a long and varied career of service to the citizens of Montgomery County. Greg began his career as a police officer for the City of Vandalia in 1986. During his more than twenty years of service he was a patrol officer, crime scene technician, hostage negotiator, shift sergeant, and emergency medical technician, as well as performing administrative duties.

In 1999 Greg was elected Clerk (now Fiscal Officer) for Butler Twp, Montgomery County, Ohio. Greg drafted the Township’s first investment policy as well as a budget policy.  On January 24, 2007, Greg was appointed to the position of Montgomery County Clerk of Courts. Greg became the Chief Administrator for the Hamilton County Clerk of Courts in November of 2017. Greg was elected the Butler Township Fiscal Officer in the fall of 2019.  He graduated from Wright State University in 1985 with a B.A. in sociology, and he received his Master’s Degree in Public Administration from Central Michigan University. Greg has been married to Kym (Kincer) Brush for more than 20 years.

Prior to her career at Butler Township, Erika worked as the City Planner for the City of Vandalia. Erika’s other government experience includes planning positions with the City of Piqua, the City of Kettering and the City of Troy.

Erika received her Bachelor of Science Degree in Architecture from Bowling Green State University in 2005. She also has a Master's in Community Planning from the University of Cincinnati, graduating in 2007.

In addition, to her role as Administrator, Erika serves as the Secretary for the Montgomery County Township Association, she is the township representative on the Vandalia-Butler Chamber of Commerce Board, and she has served the community as a member of the Vandalia-Butler Optimist Club since 2013, serving as a Board Member since 2015. Erika has also served on the township’s Budget Commission since it conception in 2016 and has served on the township’s JED-Z Board and the JEDD boards with the City of Vandalia and City of Dayton, since 2013.

Erika enjoys interacting with the residents and businesses on a daily basis, as well as the variety of challenges and experiences that the position brings.